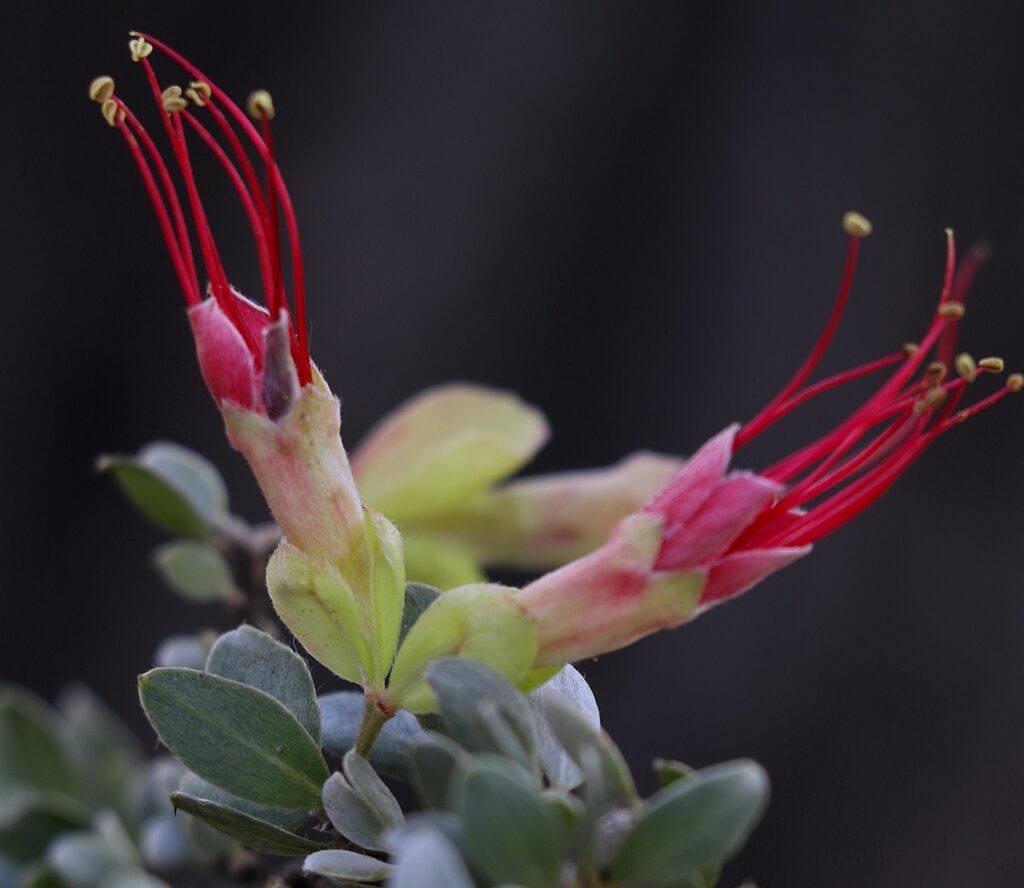 Text and photos by John Elliott

Macropteranthes montana (Combretaceae) is officially classed as a rainforest species (RFK Code: 1087) but this unusual tree will only be found in a very limited range on skeletal soils in sparse open forest and woodland. One collection from the 1870’s describes the habitat as ‘desert’! Its range consists of a large tract inland from Cairns from the Walsh River in the north down to the Newcastle Range in the south.

Leichhardt is credited with having collected a sample at the Lynd River in May 1845, but the Type species is officially described as: Lumnitzera montana F.Muell., Fragm. 2: 149(1861), Type: Queensland, Newcastle Range, 1856, F. Mueller; holo: MEL; iso: K

Macropteranthes montana can survive long periods of drought, only bursting into life when conditions are more beneficial. So, it is not surprising to find the official RFK description as follows: Usually grows as a poorly formed tree which looks as though it is close to death, often flowers and fruits when at the shrub stage. 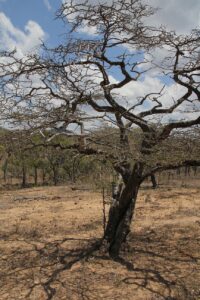 The bark of the trunk is blackish, hard, and rough. The leaves are very small and are held in tight spirals on short burr-like shoots along the entirety of the long tendril-like branches. Both the upper and lower leaf surfaces are densely clothed in pale prostrate silky hairs. And the flowers are small, tubed bracts, with long anthers, usually crimson but can be white. 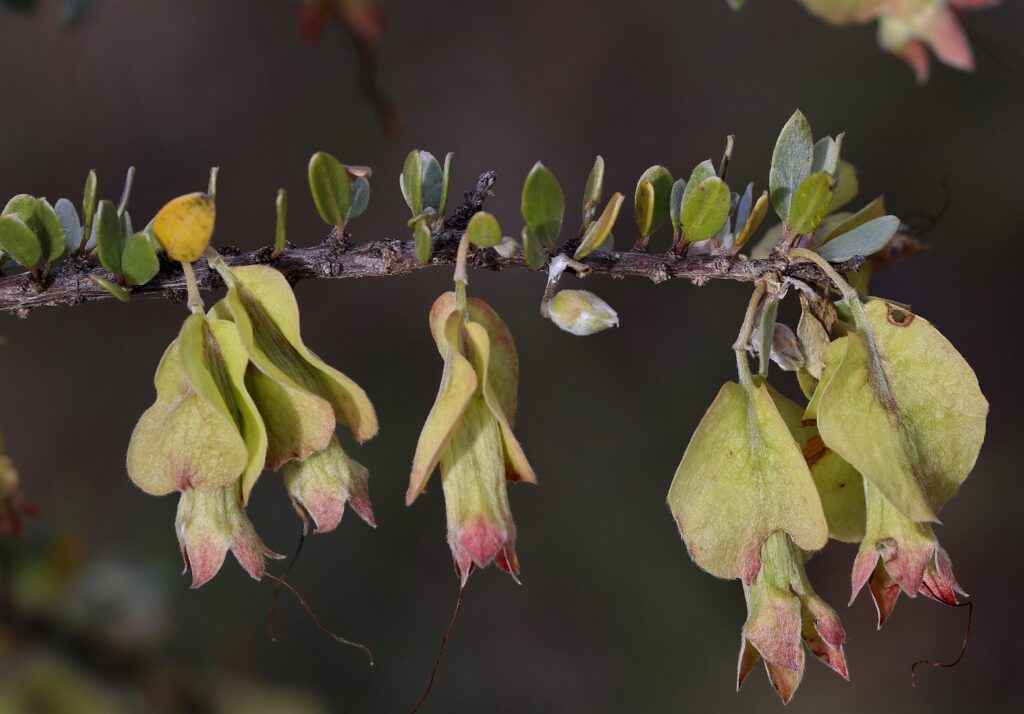 This tree can most easily be seen on the Herberton-Petford Road between Emuford and Irvinebank, where it grows in small communities. Like many of these unusual slow growing and long-lived species it has a very fine and densely ringed timber, although the tree never reaches any millable size. It is known as Antique Wood, or Bonewood, referring I presume to its usual appearance of age and ‘dryness’.

By an unusual set of circumstances, I was given a potted specimen of this plant about 15 years ago. I was so certain that the relatively rich garden soil would quicken its demise that I resisted planting it out until about 3 years ago. To my great surprise it is now a very straggly bush of about two metres, enjoying the rainfall, and now filling out with a very creditable showing of white flowers. 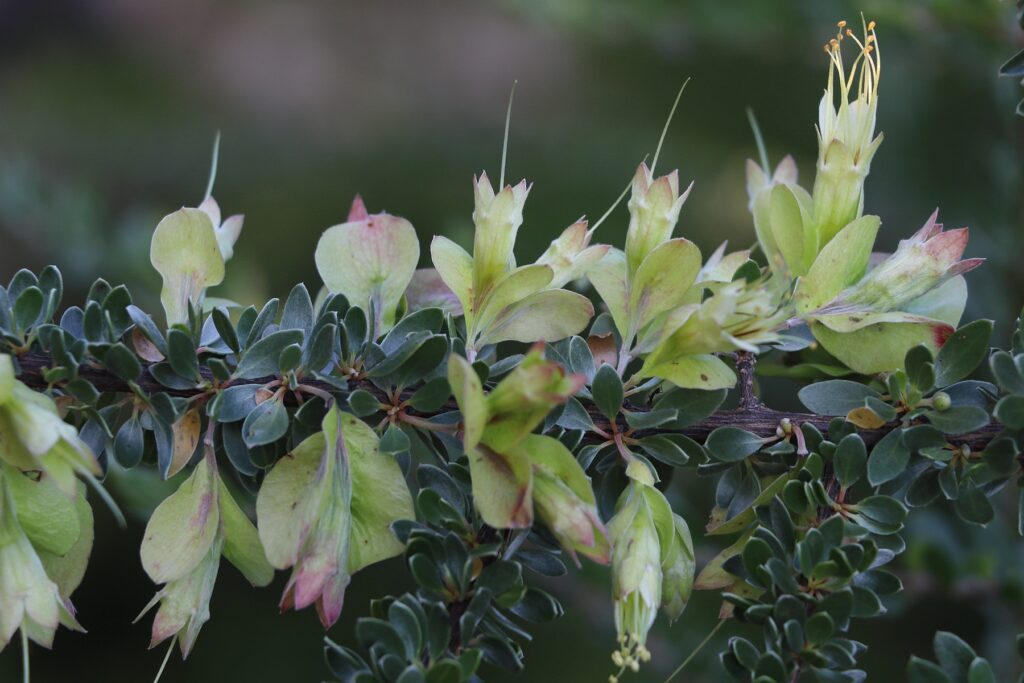 Text and photos by John Elliott