Form and Size: In NT often found as a robust tree, but in north Qld usually a sparse shrub or slender tree 4-8m high. On the eastern side of Cape York it is found in several locations as a prostrate plant.

Distribution: Widespread across the tropical north of Australia, in coastal and inland areas

Cultivation/Notes: Propagate from seed. The prostrate form appears to grow true to form from seed. One of the most widespread of the tropical Grevilleas, usually found as a thick understorey in light Eucalypt or Melaleuca scrub The flowers produce large quantities of nectar and are frequented by honeyeaters, nocturnal marsupials and bats. In north Qld. single plants can be very sparse and greater value can be obtained by planting in groups. 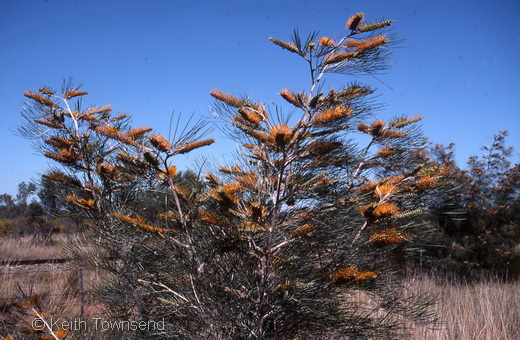