Another chapter of Cape Cleveland’s botanical history occurred when Lieut. Smith was appointed to take an expedition in the schooner “Spitfire”, in August, 1860, specifically to try and locate the estuary of the Burdekin River.

Inland expeditions by Leichhardt, Gregory and Dalrymple had explored the path of the Burdekin but the estuary had not been located and it was thought that it would present a good prospect for a port to service the North Queensland area. 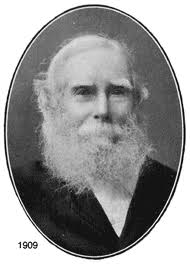 Included in the party were Eugene Fitzalan (photo above), a botanical collector who collected for Ferdinand von Mueller, and George Augustus Dalrymple (photo below), the newly appointed Commissioner for Crown Lands for the Kennedy District. 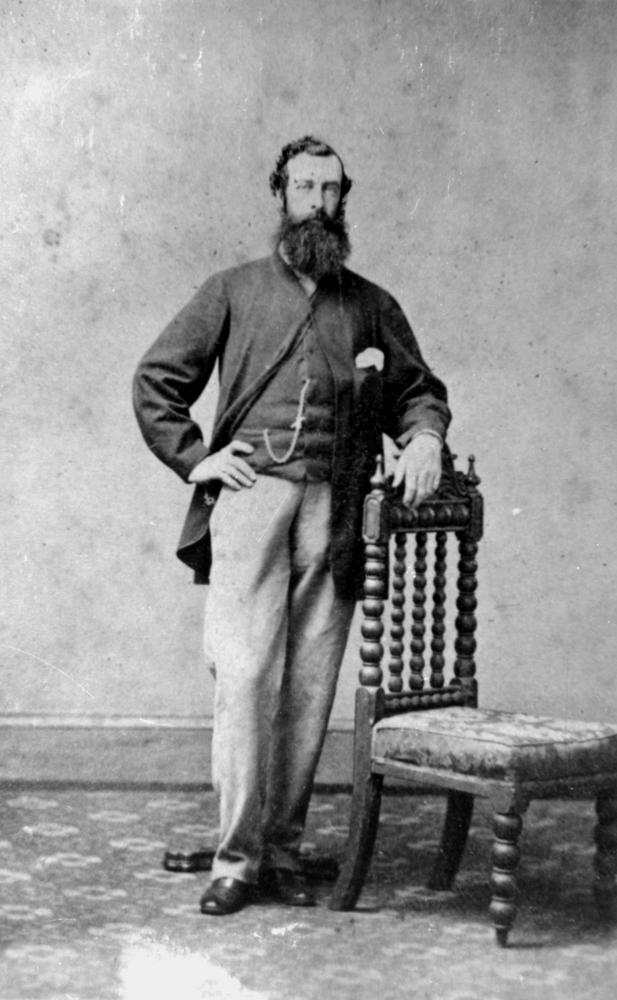 They anchored in Cleveland Bay on 15th September, 1860, and described the area thus:

“Cleveland Bay is about 12 miles in length and breadth; surrounded on the land side by towering ranges of mountains, of which Mt. Elliott, elevated 4200 feet at the south end is the loftiest. Cape Cleveland runs out from the main in a chain of high hills. Magnetical Island forms the north western boundary of the bay, only of lower elevation, and covered with pines, eucalypti, &c. The south end of the cape is divided from Mt. Elliott by an expanse of low mangrove swamps and mud flats, intersected by saltwater creeks.”

Fitzalan made many collections of plants on this trip, including a number from Cape Cleveland. One of these was also a “type” specimen, that of Hoya dalrympleana, now known as Hoya australis subsp. australis.

Another “type” specimen collected in the area, although the specific location is not clear, was Gardenia fitzalani, now known as Atractocarpus fitzalanii. This was said to be collected at Cape Upstart, Magnetical Island, Halifax Bay, and was obviously named after the collector by Ferdinand von Mueller.

Some of the other plants collected by Eugene Fitzalan were Turraea pubescens, Diospyros geminata, Persoonia falcata and Pandorea pandorana.

Today Cape Cleveland is part of the Bowling Green Bay National Park, and is thankfully protected from future development. It is a unique part of North Queensland which has provided more than its proportion of history and anthropological input to the region, not to mention having a valuable contribution to the botanical knowledge of the area.

As a matter of interest, the expedition concluded that the Burdekin did not have a navigable opening to the sea, but rather that it spread out over a delta, with “a multitude of minor channels”.