Hardenbergia perbrevidens (Fabaceae) is a hardy and very showy climber, seen here at the Burra Range in July. It is distinguished from Hardenbergia violaceae in having a trifoliate leaf and small yellow markings in the centre of the flower. 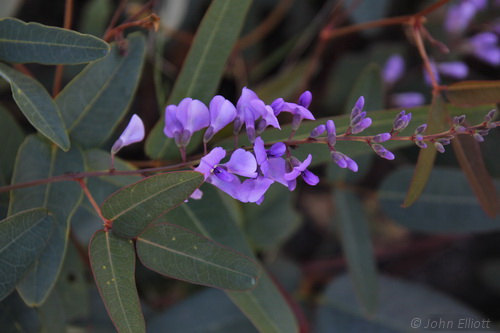 On 25th June 2015 our branch celebrated its 45th anniversary. A big thank-you to Townsville City Council for their reception held at Anderson Gardens exactly 45 years to the day! 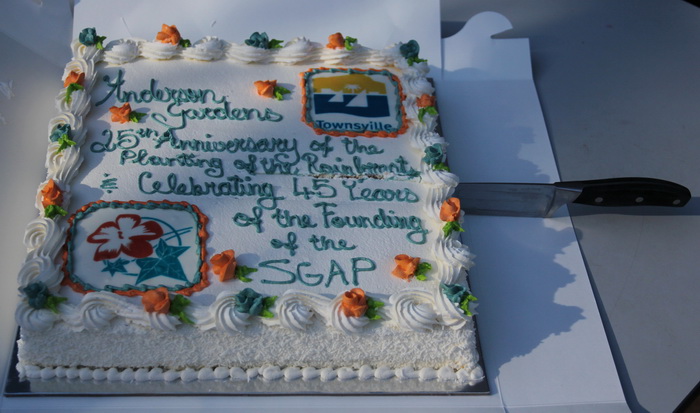 Several original members from 1970 were present including John Donahue.

And a special mention goes to Don Glasgow and Betsy Jackes who are now Life Members of our branch! 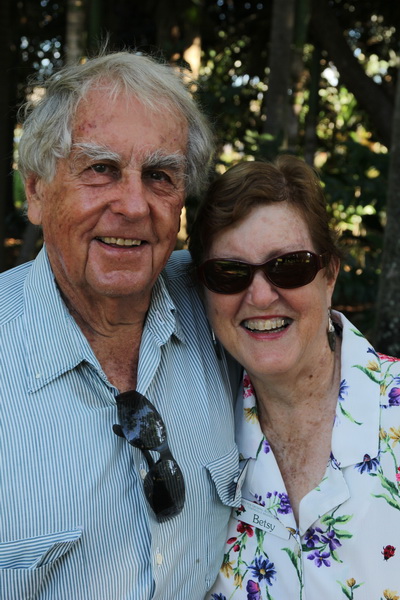 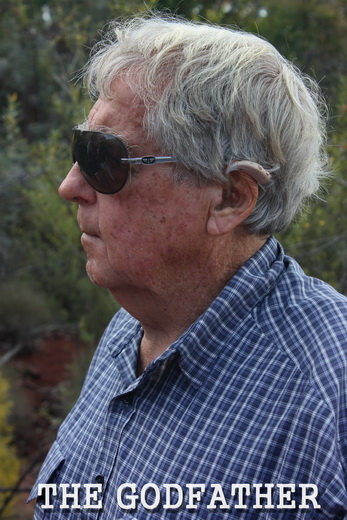 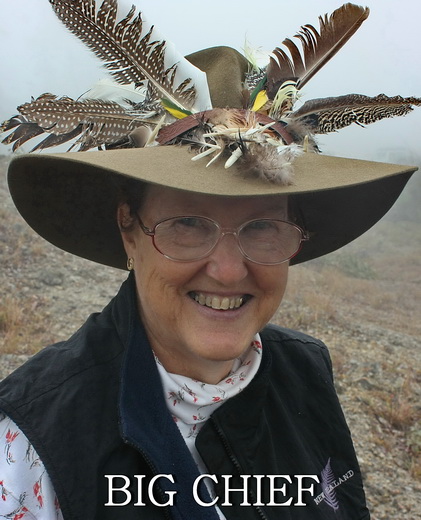 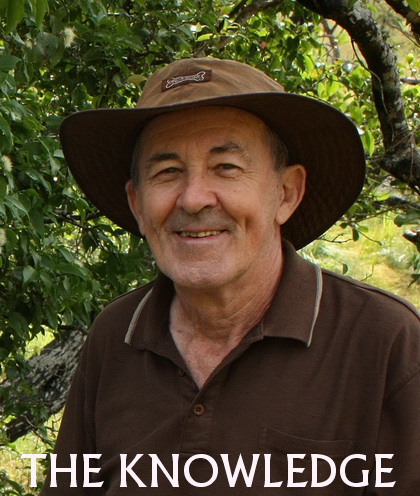 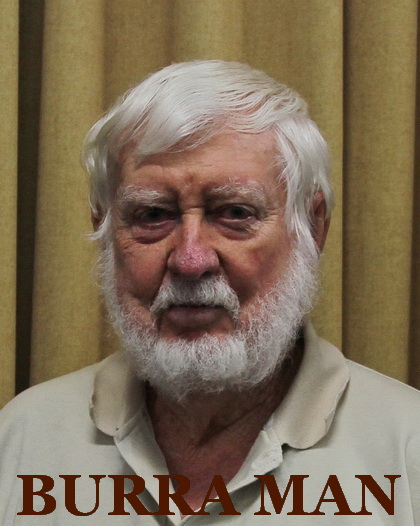 Our group has been involved in unravelling the botanical identity of an unusual tree found on Mt Stuart.

The identity of this tree has been formally established with the December 2012 publication of an article “Phylogenetic revision of Backhousieae (Myrtaceae): Neogene divergence, a revised circumscription of Backhousia and two new species” in the scientific journal Australian Systematic Botany 2012 (25) p 404-417. 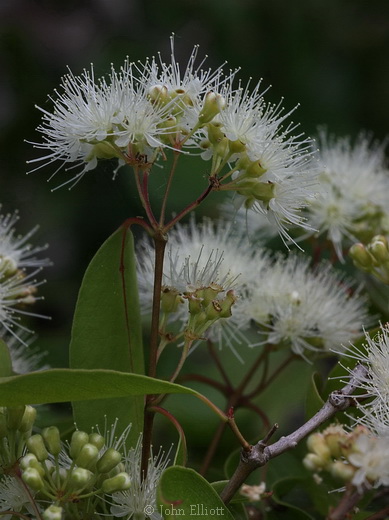 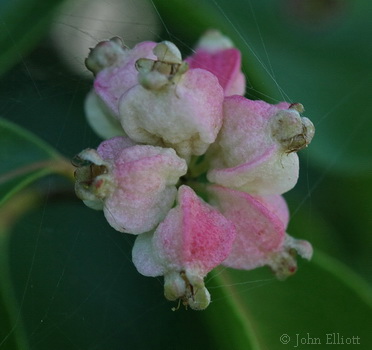 In the photo below: Keith Townsend with his certificate, being congratulated by our longest serving member, John Donahue. 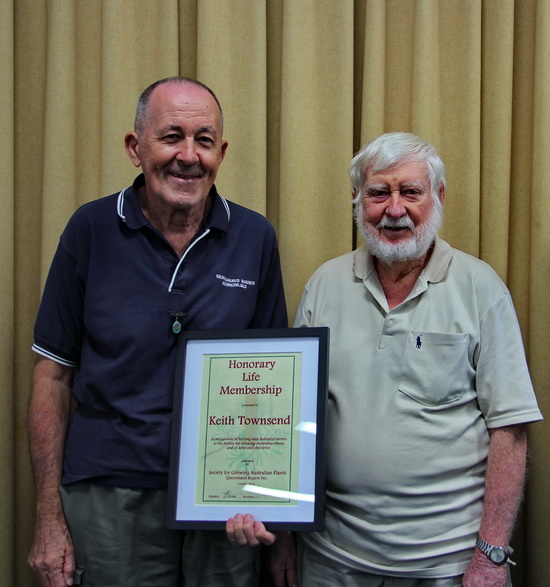