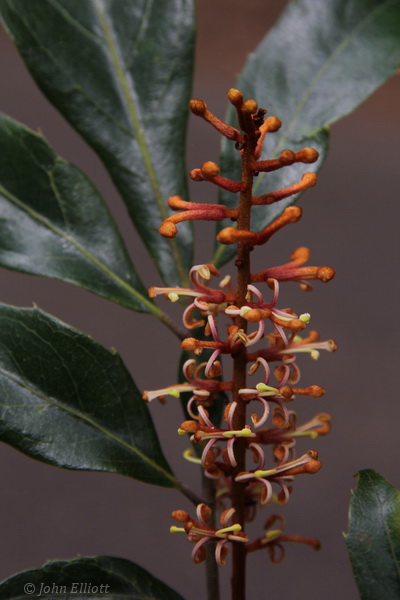 Cultivation/Notes: Propagate from fresh seed
Young growth is particularly attractive and this would probably make a good potted plant. Needs protection from wind and sun while young. 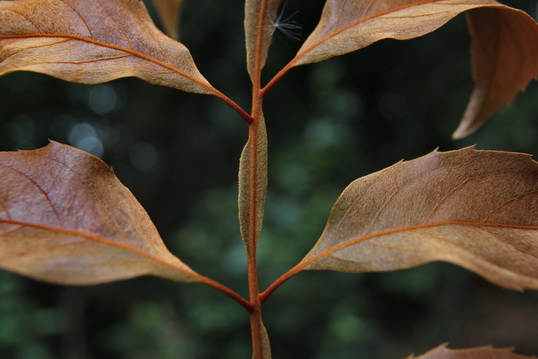 Bleasdalea bleasdalei(F. Muell.) A.C.Sm. & Hass The genus was named after Rev. John Ignatius Bleasdale, (1822- 1884) who arrived in Victoria, Australia from Britain in 1851. He was a founder member of the Melbourne Microscopical Society, and fellow of the Geographical and Linnean societies, and an honoray member of the Medical Society of Victoria. He was also an enthusiastic advocate of the wine industry in Victoria and Frank Potts (1815-1890) named his Bleasdale Winery, in Langhorne Creek SA, after him.

Ferdinand Mueller was director of the Royal Botanic Gardens Melbourne from 1857 to 1873, at a time in which he was describing plants collected from all over Australia by exploring botanists. In that context he described and published the new species Grevillea bleasdalei in Fragmenta Phytographiae Australiae 5(35):90. Type: “in cacumine montis McAllister Australiae tropicae. Dallachy“. Collected by John Dallachy, at the peak of Mt McAllister.

Even then, Smith and Hass only ten years later renamed it Turrillia bleasdalei, before it once again reverted to Gevuina bleasdalei. Finally in 2010 it was transferred to the genus Bleasdalea, which was originally created by Mueller, but because of the rules of naming the original epithet had to be used, so the Rev John Ignatius Bleasdale became double barrelled!

How long will it last?